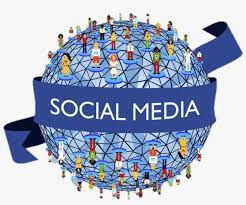 The world around us is evolving everyday with new inclusions and exclusions, giving us a new movie, a new designer, a new photographer, a new social media platform, or a new trend. The world stays updated using multiple social media platforms that are available, and when the world is changing drastically, it is essential for everybody to adapt accordingly.

Sharing creations such as photos, literary work, artistic work, etc., on social media platform gives easy access to everybody using the social media platform. Most of the people think, everything that is available on internet is free, which is not right, for example, if you download an image from internet and post it on your social media platforms such as Facebook®, Twitter®, Instagram®, blogs, etc., you are likely committing copyright infringement.

In 2013, a Haitian photographer, Mr. Daniel Morel won a copyright infringement case after a four-year long struggle over certain photographs that were taken by him during 2010 Haiti earthquake, which he later posted on social media. The photographs of Mr. Morel was distributed and sold by Agence France-Presse as well as Getty Images for money. As, the creator is always the owner of the work, Mr. Morel succeeded in the action he brought against the infringement of his rights, and was awarded a sum of awarded him $1.22 million.

HOW TO AVOID POSSIBLE COPYRIGHT INFRINGEMENT?

The original creator of photos, literary work, artistic work, etc., can hold a business or individual accountable for copyright infringement. If, for example, the owner/creator doesn’t notice or decides not to act, you don’t have to worry. Relying on this is not a good practice, because either way there is always certain risk involved. So, one way to avoid copyright infringement is to create original work or by getting permission to use it. The Indian Copyright Act, 1957 provides certain guidelines and remedies that can be sought in case of such possible infringements.

There are times, when sharing photos, literary work, artistic work, etc., is necessary in certain situations, and there are exceptions when such sharing will not constitute as copyright infringement. Such as, private or personal use, including research, criticism or review, whether of that work or of any other work, for reporting of current events and current affairs, for delivering a lecture in public, etc. Under the Act, section 52 lays down certain acts or works that cannot be considered as an infringement of copyright namely “Doctrine of fair dealing” with a literary, dramatic, musical or artistic work not being a computer program.  In such cases, the court relies on the extent of “fair dealing” to decide if there is a copyright infringement.