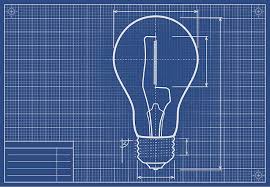 Valuation of a company in the 21st Century is not based on the monetary reserves it owns in the banks but in the value of the intellectual property it owns in each jurisdiction. This scenario elaborates the importance of the need to acquire rights for the intellectual assets created by a company.

The intellectual property rights can be broadly classified into following:

The aim of this article is to answer the fundamental questions with regards to the process of converting an idea in to a patent.

What is a patent?

A patent is a techno-legal document that grants monopoly rights, to the owner of the patent on the idea being patented, for 20 years.

A national patent office grants a rights, to an applicant in the form of a patent, for 20 years in exchange of disclosure of their invention to public. The applicant may monetize the patent at least by granting licensing his patent. This perk of granting monopoly rights to the applicants is very essential, as the investments to realize such technical advances in the technical fields would be in millions and billions of dollars.

Biggest misconception of the monopoly rights is that, “a patent gives the right to manufacture a product”. In contrast, a patent is a negative right, which enables its owner to avoid others to use his idea in any kind of manufacturing.

Is the idea patentable?

Not every idea is patentable. For, e.g. any new process of growing a paddy crop that results in drastical increase in the yield of crop is not patentable in India (See section 3(h) of indian patent act). However, the same process can be patentable in other jurisdiction like Europe and United states.

Hence, it is inevitable to determine if the idea is patentable in a desired jurisdiction.

What is a patentability search?

Novelty: If the subject-matter of the idea is new then it meets the requirement of novelty

However if the answer is no then the idea is considered to be involving an inventive step.

How to file a request for grant of rights on the Idea?

In case the subject-matter of the idea meets the basic three requirements of Patentability, then a request to grant a proprietary right on the idea, in the form of a patent application could be filed before a patent office.

We, at S&H Partners, have experienced attorneys who can guide you in every step to convert your idea into a patent as quick as possible.

Do touch-base with us for any enquiries.